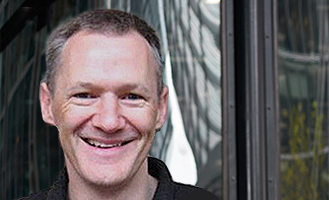 Rob Dobson has served as a non-executive director of Singletrack since the company’s formation, when he was closely involved as an adviser and investor. Named London Technology and Communications Entrepreneur of the Year by Ernst & Young and The Times in 2005, Rob’s proven track record as an innovator and businessman has been invaluable to Singletrack.

Rob previously founded Actix, a mobile phone network optimisation business that, as CEO, he’d grown into a world leader with over 200 employees in 8 offices worldwide. By 2005 Actix revenue exceeded $50 million, and Rob sold a majority stake to US private equity firm Summit Partners, becoming a non-executive director in 2007. Actix was featured in the FastTrack, TechTrack, Fast 50 and Red Herring listings on several occasions as one of the UK’s fastest growing profitable technology companies.

In addition to mentoring and investing in a number of early-stage technology businesses, Rob is a non-executive director of RadioOpt (based in Dresden, Germany) and a trustee of Southbank Sinfonia.

This website uses cookies to improve your experience while you navigate through the website. Out of these, the cookies that are categorized as necessary are stored on your browser as they are essential for the working of basic functionalities of the website. We also use third-party cookies that help us analyze and understand how you use this website. These cookies will be stored in your browser only with your consent. You also have the option to opt-out of these cookies. But opting out of some of these cookies may affect your browsing experience.
Necessary Always Enabled

Performance cookies are used to understand and analyze the key performance indexes of the website which helps in delivering a better user experience for the visitors.

Analytical cookies are used to understand how visitors interact with the website. These cookies help provide information on metrics the number of visitors, bounce rate, traffic source, etc.

Advertisement cookies are used to provide visitors with relevant ads and marketing campaigns. These cookies track visitors across websites and collect information to provide customized ads.

Other uncategorized cookies are those that are being analyzed and have not been classified into a category as yet.

SAVE & ACCEPT
Powered by